In a nutshell, it’s seven players for seven minutes each half. Each team can have five subs, and if it’s a draw at full time the draw counts. In finals, extra time is played in five minute periods, and the first team to score wins.

Rugby sevens originated in Melrose, Scotland in the 1880s; the Melrose Sevens tournament is still played annually. The popularity of rugby sevens increased further with the development of the Hong Kong Sevens in the 1970s and was later followed by the inclusion of the sport into the Commonwealth Games for the first time in 1998 and the establishment of the World Rugby Sevens Series in 1999 — a series of seven to twelve tournaments played each year from approximately October to June and in 2012 the World Rugby Women's Sevens Series — a series of five to six tournaments played each year from approximately November to June was established for women. Since 2016, rugby sevens has been contested in the Summer Olympics, and it has also been played in regional events such as the Pan American Games and the Asian Games and in 2018 a female tournament was played for the first time at the Commonwealth Games.

Chunky 7’s was founded in 2010 by Damian ‘Jamo’ James from Ystalyfera Rugby Football Club and continues to be a great event, drawing in teams from the local communities within South Wales. Each year money raised from the sevens is donated to various charities.

We would like to say a big thank everyone taking part in the tournament, our sponsors and supporters. 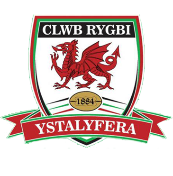